Fear is a powerful thing that can paralyze you, but overcoming your fear is even more powerful and can empower you. A true story of our experience with overcoming fear on Flat Top Rock in Alaska. 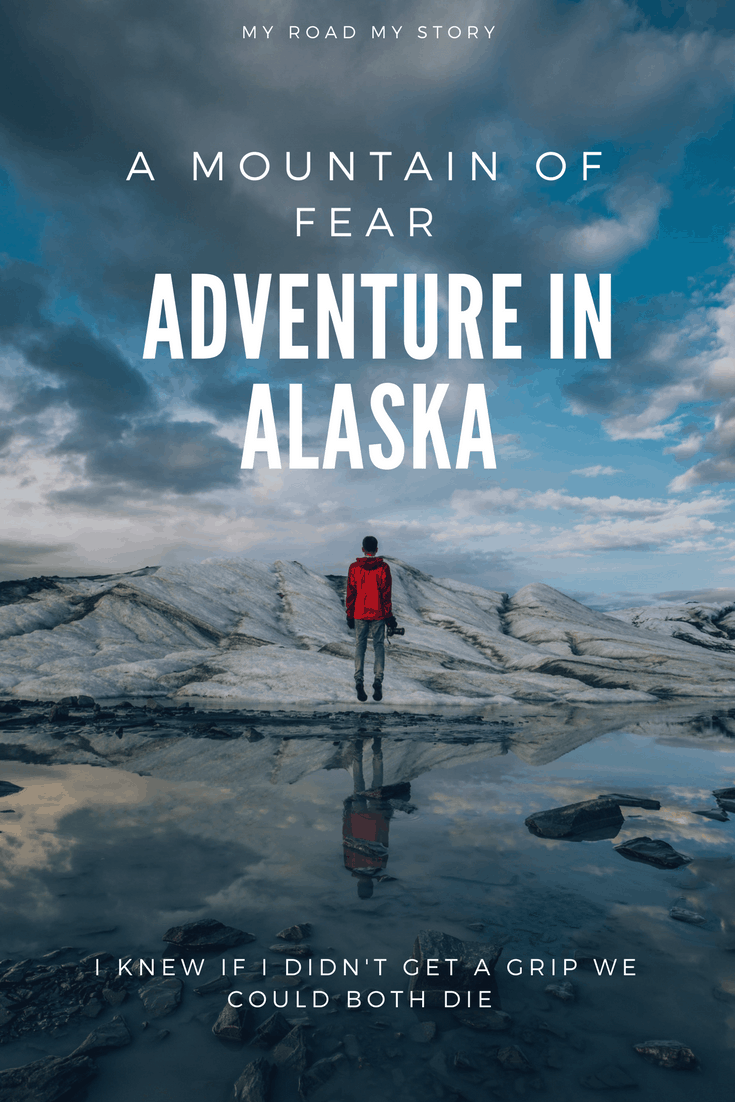 “We took a big risk today…and got lucky.”

“We weren’t lucky, we were blessed,” she said.

It was an overcast Saturday.  We had just completed our climbing certification 8 months earlier, and spent the winter training our climbs in the Alaska Rock Gym.

It was June, the beginning of summer, bears would be ‘active’ in the Alaskan wild, so we stopped off at a local merchant to purchase bear repellent.  Buying repellent was more a psychological thing (for us), because short of a .44 Magnum, bear spray would only act as an invite to an Alaskan Brown Bear to kick our @$$.

Our backpack now stuffed with water, snack packs and pepper spray, we were good to go…

We traveled way on the outskirts of Anchorage, and reached the base of Flat Top Mountain an hour later.  It was the most-often climbed mountain near Anchorage, and from our vantage point over 3,000 feet below, “This Rock” looked pretty tame.

I replied with a brief, “Naaah…,” as we exited the car.

It was a partly cloudy day, a little chilly though.  Alaska rarely got much above the 70’s in the peak of summer.  This was early summer and the temps hovered in the 50’s, but likely cooler as we reached altitude.

We started up the hill, following the trail most often-used by hikers, winding through woods, scrub brush, and a series of twists and turns and up and down hills each leading to higher altitudes.  It was clearly “Over Hill and Over Dale,” and not a straight up climb.  Like most mountains, there was gravel, jagged rocks and large boulders.  We weren’t passing many hikers coming the opposite direction, and there were only a handful of people scattered and heading in the same direction as we were.

We took in the view along the way, from all sides, snapping several pictures of the valley below.  This would be a good 1/2 day up and down climb, and we were anxious to get to the meaty part and make our way to “the view” at the top.  The trail continued to get steeper, as more loose gravel and larger stones were underneath our feet.  This made for a more challenging climb.

After what seemed like forever, we finally made it to the final plateau, before the steeper climb to the top.  The view from this perch was spectacular.  We broke out our water bottles.  Dehydrated, it was time to catch our breath in the thinning air, hydrate, regroup and make the final surge up.

We marched onward as the trail got steeper, with more rocks and gravel under our feet, until we reached a fork in the footpath, where the trail split left and right.  A couple of climbers 50′ ahead went right at the fork, so we decided to take “the road less ventured” and veered to the left.

The path was clear as we continued up, steeply up.  The angle of ascent got steeper with each and every step, until we reached a series of larger boulders, about the size of a small Volkswagen.  There were lots of “Volkswagens” all up the face of this mountain.  These large rocks reminded me of “the Stairway to Heaven” and combined with their enormous size, were difficult to climb.

Up and up and up and up we went, gradually veering our way further left, not realizing with each and every step we were branching out over “the face” of the mountain.  The climbing up and to our left went on for hundreds of feet up in both directions.  We were like two excited monkeys climbing trees in the forest for the first time, until reaching a point 100 feet from the top.  I stopped, paused and took a peek down (between my legs) and noticed there is NOTHING between me and thousands of feet below.  It was about this time that Anita (in the lead) turned around and said, “We got a problem.  We can’t go any higher.”  We were stuck in a vertical ravine on the face of “Flat Top Mountain!”  It was then, a cold wind at this altitude started to blow…

This was NO TIME to “hit the panic button,” but that is exactly what happened…

Anita, turning to her side to relay the “we got a problem” message, spotted what I had just witnessed not two seconds before.  Our lives were hanging in the balance.  Nearly 3,000 feet between us and the valley below, the panic attack had just began from above.  Anita now screaming with fear, “What are we going to do?,” started to break down and cry.  She was directly overhead, one slip and she certainly would have taken us both out.  Had we managed to catch our grip during our fall, the tumble over jagged and massive rocks certainly would have resulted in major head and bodily injuries.  We were in a bad spot.  Not only was Anita in panic mode, this wasn’t an easy climb to descend.  Picture a ladder going almost straight up the side of a house, only replace the rungs with large boulders spaced at varying and tall intervals apart, many spaced knee- and waist-level (or higher) apart.  To say, “Houston, we got a problem!” was an understatement.  With each moment that now passed, I knew Anita had to first get under control or one or the both of us might not see the sun rise tomorrow.  She was less than 10 feet apart from me.  Clinging to the rock like it was a giant teddy bear…

To complicate our situation, this close to the summit was a mixture of soil, smaller rocks and moss intermingled in-between the large boulders, making our footing (in spots) very unstable.  Some of the rocks were also very jagged, so we had to be very careful not to slice our flesh (knees, butt, legs, arms) and hands open.  We were also pretty much standing up vertical on the side of the cliff now.  Anita was shaking uncontrollably.  I had to act NOW!

DAMN!  I thought…it was now or never…

“LISTEN TO ME!”  “Here’s what we are going to do.” We are going to get down, the same way we got up.”  ONE STEP AT A TIME.  I want you to VERY SLOWLY turn around…and while you are turning around I want you to lean back and hug the mountain with your arms and back and s l o w l y sit down with your back against the rocks.  MAKE SURE YOU KEEP YOUR FOOTING AND YOUR GRIP!” There was mud on the cliff and she said, “But My Pants Will Get Ruined!”  (She was serious! Those were her favorite casual pants).  This might not have been the best time for levity, but for 1/2 a second I chuckled, and said, “Baby, I don’t care if you ruin a thousand pairs of pants.”  We can replace those pants, we can’t replace you!”

For several minutes she stood there, shaking.  I continued to console her, “It’s alright.  Everything is going to be alright.”  Still shaking, she finally calmed down enough to manage to slowly turn around, resting her back up against the cliff and now partially sitting and standing (at an angle) hugging the mountain, among all the dirt, moss, mud and gravel, her feet now perched on part of the bolder.

“Come down slowly I want you to get closer to me, ” I said.

“We are going to take each rock, one by one.  Arching our back at an angle against each bolder, firmly gripping each rock as we carefully slide and step down,” I continued.

Those butterflies that were swimming in my stomach when I first peeked between my legs were now gone, replaced by pulsing adrenaline and you better “take charge mentality” instilled in me by my father, sports and half a lifetime in the Air Force.

Now, I would be in the lead as we worked our way down the face of this unsuspecting mountain.

“But what if I take us both out?,” Anita continued.

I interjected and said, “…if you slip, then the boys are going to be very rich kids, and we can’t have that, because we’ve got  a lot more living to do.”  “So just do what I do.”  “We are going to go down slowly.  Even if it takes all day…GOT IT?!”

Despite the threat to life, the fear of being almost 3/4 of a mile above the valley below, and nothing but jagged rocks, large boulders, and the pines and sage brush all welcoming us with open arms, had we fallen, this was no time for fear.

I was ‘fairly’ CONFIDENT we could make it, as long as we went down slowly.  We had to be very careful and repeat our steps over and over.  In all likelihood, there was probably 100 other things that could have gone wrong that day:  the fear, a slick and loose surface beneath our feet, maybe a break-away boulder or just one or a series of careless missteps.

So down we went, one by one.  Rock by rock.  Dozens of rocks.  Hundreds of feet.  Slowly.  One by one.  We slid, clung to and holding firmly to each rock.  I would go.  She would go.  Then I would go.  Over and over.  Carefully repeating each step.  This was a slow, methodical process now, but somewhere in-between dozens of feet above, and our slow decent, a comment was made, “…but don’t look down!”  “How can you not look down?,” I thought (but didn’t say anything).

We were still on the cliff with several hundreds of feet to go to safety…strung out in the open and void between us and the valley below.  You could see for miles.  The shoreline.  Out to sea at Turnagain Arm.  The houses on the rises below.  Anchorage was clearly visible.  Despite the danger, the view was amazing but a little intimidating.  I had to continually remind myself, “focus on the task before you and not the things around you.”

We continued to backslide.  Our pants…Shirt…Jackets…Shoes…Everything…was slowly being chewed to $%#@ and soiled by rock, mud and moss, but it didn’t matter.  The only thing that mattered at this point was survival.

It took what seemed like an eternity, but we finally made it to one of the lower summits.  Finally, out of danger, we stopped and talked with a younger couple, headed in the opposite direction.  We had to warn them of the risks that we just faced.  Both of us breathing a sigh of relief, we snapped a picture toward the cliffs that we had just traversed.

With more that 2,000 feet to descend and almost 2 hours of hiking remaining, I knew we were both glad the fear was finally over.  I think a bear could have jumped us, and we both would have looked at one another, and said…”REALLY?!”

Rarely do we ever think back or talk about this incident, but on those few occasions we do, my palms always get a little sweaty, my heart kicks up a beat, and I think back…to those cold winds that started to blow… 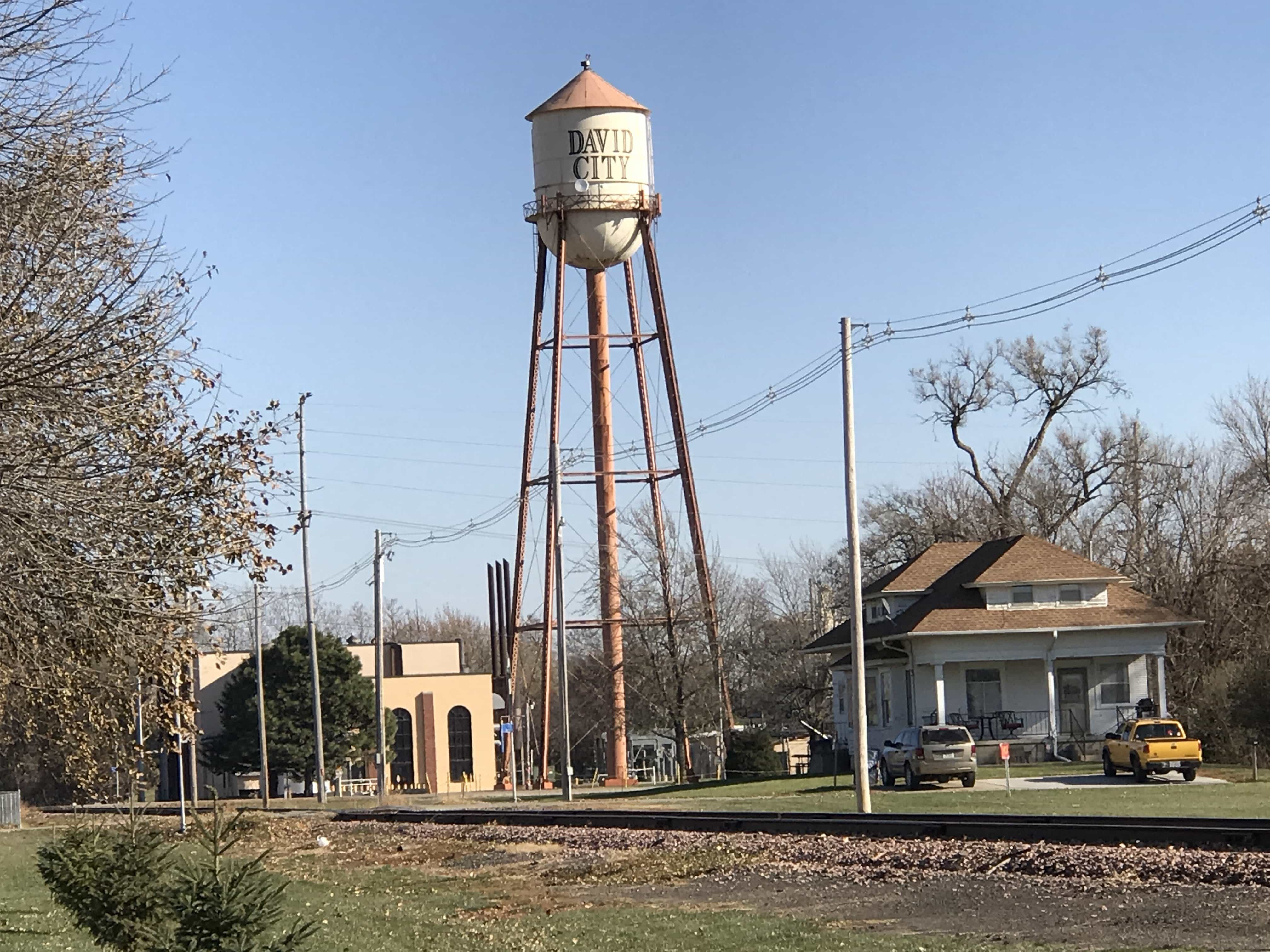 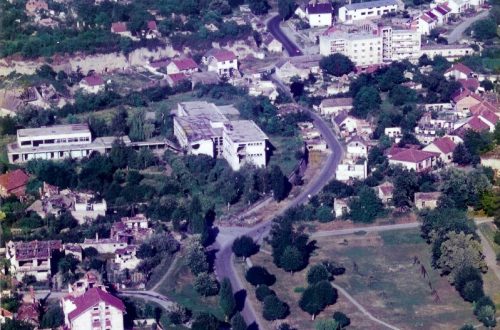 On the Backstreets of Vukovar 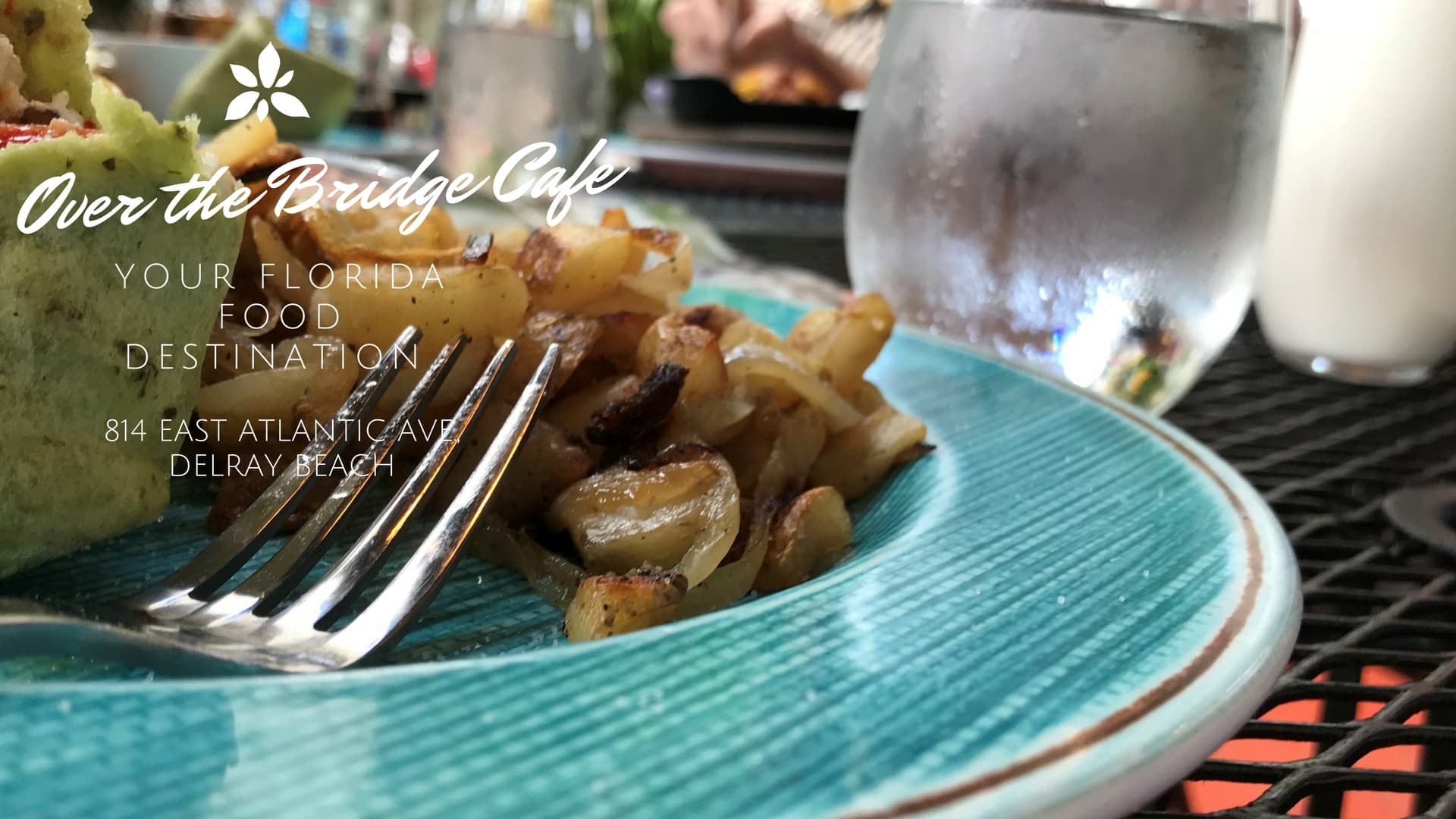